he globe is filled with 75% of water but is the water all consumable? No, it is majorly saline. This is no article on geography or chemistry for the middle school readers. In this age of pollution, pure water and sanitation has become a challenge for many round the globe.
Soon, whole world will extract water from the air!!, No! This is no magic. Instead it is the magic wand of technology.
As we all know it is the basic need of life extracting the same, directly from the air, filtering all sorts of pollutants, would be a boon for people.

Existing technologies in this sector today either consume high electricity and/or require very high moisture content in the air from which, it extracts water. The problem now seems to be traceable. Robust systems are  developed that rely on readily available energy from the sun that is solar energy; and such machines can even work with utmost efficiency in arid regions.

Researchers are also behind systems which do not require electricity at all. The team intends to overcome the sole issues of the substance used to suck up moisture (for example, zeolites): aside from needing high humidity, they give up the trapped water only when heated, which consumes energy.

Researchers have designed  a systems around a class of porous crystals known as the metal organic frameworks(MOFs). By using specific combination of metals and organics, scientist select the chemical properties of each MOF. This customizes its uses. 1g of MOF crystal is the size of a marshmallow cube and has an internal surface area approximately equal to a football field (This is the one of the latest forms of technology used). 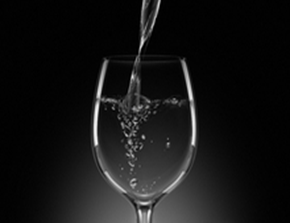 In April this year, engineers reported on a new device incorporating MOF-801 (made of zirconium fumarate) which has a high affinity towards water. It pulls moisture from air into large pores and explicitly transports the water into a collecting membrane in response to low-grade heat from natural sunlight. The device can extract 2.8 litres of water daily for every kg of MOF even at relative humidity levels as low as 21%. This can be of great use to Western and Central India.

Taking thoughts on a different note, a start-up called Zero Mass Water Dale, has begun selling a solar-based MOF system that does not have to be plugged into an electricity supplying grid. A solar panel gives energy that gulps air through a proprietary water-absorbing material and powers condensation of the extracted vapour into liquid. A small lithium-ion battery is also connected to the device when the heat from the sun is not intense enough. A unit with one solar panel, can produce 2-5 litres of liquid a day, which is stored in a 30-litre membrane that adds nutritious metals like calcium to it. It also adds magnesium to the water. This is done for the purpose of better taste and nutrition.

The future of this technology should be cutting cost to make it more popular in the market. Today, zirconium costs approximately $140-$150/kg.

The researchers have developed the system aiming to have it working significantly and easily anywhere in the world. An installed system with one solar panel sells in the U.S. for about $3,700. Over the past years, systems have been installed in the parts of U.S. and several other countries—such as Mexico, Jordan, Dubai and Lebanon, with funding from the U.S. Agency for International Development, to donate water to refugees of Syria. The demand for the same is projected to increase as far as the middle-east is concerned. It can be said:

Note: The views expressed here are those of authors and not necessarily represent those of DOT Club as a whole.