Internet is a great Equaliser — Cloud as a great sidekick

“Google search works same whether you are a professor at Harvard or a kid in a rural India.” This is what Sundar Pichai said after he took over Google as a CEO. Nobody summed up what internet is all about better than this. Internet is a great equaliser!

Fire and wheel are said to be the biggest revolutions of mankind. Internet falls on the same league. Internet in one way is really transforming the way we communicate. Cards are not being sent anymore. We are in the world of emoticons and Stickers. While it revolutionised how we communicate, it on the way revolutionised and provided a way on how hardware should look like.

Machines are getting tinier and sleeker day by day. Moore’s law and incremental technology are helping designers achieve such awesome designs but it is internet that has transformed and informed the design process. On one hand, while internet is making everyone equal, in its quest internet is making all devices equal.

I’m saying this because there is a point where nobody brought Mac for the fact that there is no application market present for it. All the apps are designed for Windows and are supposed to be run on Windows. For Obvious reasons, Windows enjoyed network effects and a virtuous cycle - More users brought windows, so more developers built more apps for windows, so more users brought windows. Repeat. So many still are buying windows. If Mac was able to comeback and play a catch up it was only because of internet. 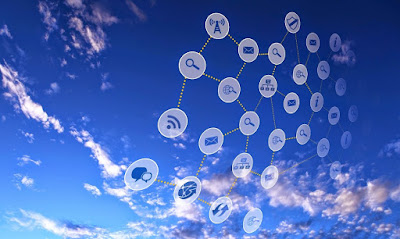 Business creates Technology and scales it. In this case internet has created many businesses. If we can think of great internet successes like Facebook, Google, Amazon, Uber, Airbnb or any company that has got online presence for that matter is built on a strong foundation called internet. Internet is changing the rules of marketing. It used to be TV and print. Now its all about internet and tapping that user that sees your ad.

There used to be a time where you have to possess a specific device to run specific program. When whole process is moved to the cloud, you just have a interface front end where you give commands to make things work. We are speaking of big apps being developed in iPads and iPhones. Microsoft recently said most part of the Windows 10 development was done on surface. That’s the world we are in! You previously have to possess a Macbook to develop apps for iPhone and iPad. Now that the programming language on which apps are made — Swift — is made open source, IBM put it in the cloud and all you have to do is open a browser, type in an URL and start developing great apps. You don’t have the headache of configuring the system and configuring the emulators and system variables. All you need to concentrate on is what you are good at — developing and coding!

There are three kinds of apps - Completely local, Completely web and hybrid. Apps which are standalone which mostly are games and other reference apps like dictionary are local apps that do not need internet to work. And then there are web apps which are completely web based and run on the browser. The problem with making the app completely web based is that there is a tradeoff with interaction and responsiveness. If the whole app is on the web, it obviously runs slow. Web apps, due to the speed of communications are not responsive as apps that are present in local storage. Today is the world of Hybrid apps where the most UI elements and the presentation patterns are local but the content comes from internet through APIs.

There might come a time where communications speed go to an extent where the apps on the web would be more responsive and provides a leverage to the developer that he need not concentrate on various intricacies involved in each individual Operating Systems. He can write one single program that works across all the devices and all we might need is a browser and various bookmarks.

DoT club had the privilege to have Mr Neehar Cherabuddi, Cofounder, Shoutt, DoctorC to give a guest lecture on aggregator business model and technology. Here are the takeaways of his speech.

Mr Neehar Cherabuddi completed his schooling at Hyderabad Public School. He took up Computer science as specialisation in graduation at Mahatma Gandhi Institute of Technology. After the graduation he went to USA to pursue Masters in Computer Science at Brown. He went on to become research scientist at Brown.

He then moved to bay area and worked at Oracle for a few years. Then gave up the job and started to work on apps for iPad and the iPhone. A music app called Soundbox was developed by his team. His first attempt at startup is with an app called Shoutt.

He then moved back to India and found great interest in Health care and Analytics. He then formed a team and started DoctorC which is a diagnostics aggregator. He along with his wife works at DoctorC now.

His other interests include music and screenplay writing. Mr Neehar was part of a Rock band during his graduation. He also directed a short film "The Green Bandits" which went on to win 13 out of 15 awards in Scary Cow Film Festival. 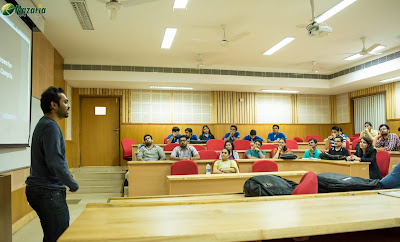 Always believe in "Connecting the Dots" approach because most of the time, the things we do don't seem to have monetary or for that matter any benefits but the skills you learn because of sheer love towards the work come back to you when you most need it.

Never be scared if you are dumbest in the room as far as the people surrounding you are more smart. You learn lot of things by hanging around with great people. If you are the smartest person in the room, its time you change the room. Sometimes you have to work very hard to catch up with the knowledge of the peers around you. Never Settle.

When you work in big corporations, 40 hour work week can be knocked off in 20 hours and you'll get a lot of time to work on other things. The characteristics of big organisations are that they pay you good and you have so much time. Enjoy while you enjoy but make use of that free time as well.

Always follow your passion. In Mr. Neehar's case, his passion towards screenplay writing helped him put himself in the shoes of customers and think what they wanted when offering a product. Lot of times it happens that parents or peers stop you from doing what you do. Its not bad to disagree with them occasionally. If you have the aptitude for it, everything you do helps in relating the things you need when you want them.

Always have an emotional connect with the consumer. In India, especially in Diagnostic centres, the connect is very transactional. If a patient walks into a centre requesting a checkup, these Diagnostic centres most probably don't identify the customer even he walked in 8 months ago and they don't have those reports archived. DoctorC bridges this gap by having an emotional connect with the customer.

Always believe in evolving the product by harnessing the data. DoctorC from being an aggregator of Diagnostic Centres has now transformed to health care analytics corporation.

Healthcare analytics is huge. With the help of big data and analytics, healthcare has gotten to a phase nobody imagined. By the way a customer browses a product on the application, the application can predict with 70% accuracy what the illness is without even testing the patient. Healthcare and analytics are that huge now.
By Vamsi Yuvaraj - July 03, 2016 No comments: