First let us understand what Whatsapp has access to and what it does not. Due to the roll out of new end-to-end encryption in April this year, Whatsapp no longer has access to our images and personal texts but what it has access to is the information about our phone numbers and details of our operating systems.

Now what is this new privacy policy? According to the new privacy policy Whatsapp can share your profile information with Facebook. Facebook then tries to link your Whatsapp's profile  information with your Facebook account. Facebook says that it is not trying to display your phone number under your profile but they just want to use profile information to show better friend suggestions and help them fight spam accounts. They are also stating that this helps them display relevant ads to users. These are obviously loaded PR words!

Now if you give access to your profile infomation to Facebook, Facebook tries to show you as a friend suggestion to people who have you as a contact in their mobiles. They can also start to display more relevant ads to you. These use cases are okay but what if Facebook decides to do more in the future? Whatsapp says that it is selling your profile information only to Facebook and not to anyone else. That’s fine but what if Facebook wants to leverage that data in the future and sell that to somebody else? The analogy that I can think of is like Whatsapp saying “Hey we are selling guns to a trusted organisation. Its fine!” Now what if that trusted (really?) organisation decides to sell that guns to robbers and psychos?

Its only logical to think that Facebook should get something from Whatsapp for that they have spent $22 Billion (yes by the time the deal was closed it jumped $3 Billion in value) to acquire it. Now that Facebook had decided to drop subscription model for Whatsapp which used to be a $1 per year this January, the only way Facebook can monetise this platform is to collect some data out of it.

The voice of this article is a little harsh on Facebook and may look like a rant. But the reason is that, it would have been great for Facebook to take a high moral ground and say users can opt out of sharing their data whenever they want. The caveat here is that you can’t opt out of sharing your data after 30 days of accepting this proposal.

So before Facebook gives more clarity on the limitations with which they use our data, We suggest you all to uncheck the option of sharing data with Facebook and then accept the new privacy policy. If you have already accepted, you can go to settings and opt out of it within 30 days. To opt out, head to settings -> Account -> Uncheck Share my account info. Breathe!

NOTE: The views expressed here are those of the author's and do not necessarily represent or reflect the views of DoT as a whole.
By Vamsi Yuvaraj - August 28, 2016 No comments:

Tim Cook and his first 5 years at Apple.

Tim Cook today completes 5 years of his tenure as the CEO of the most valuable company in the world. When he was handed over the post of the CEO by the board on suggestion of Steve Jobs, Tim Cook believed that Steve Jobs would remain as a chairman of Apple for a long time with Tim Cook being the CEO as Steve Jobs several times bounced back from ill health in the past after a medical leave. But Steve passed away on 5th October less than 2 months after he resigned as the CEO. 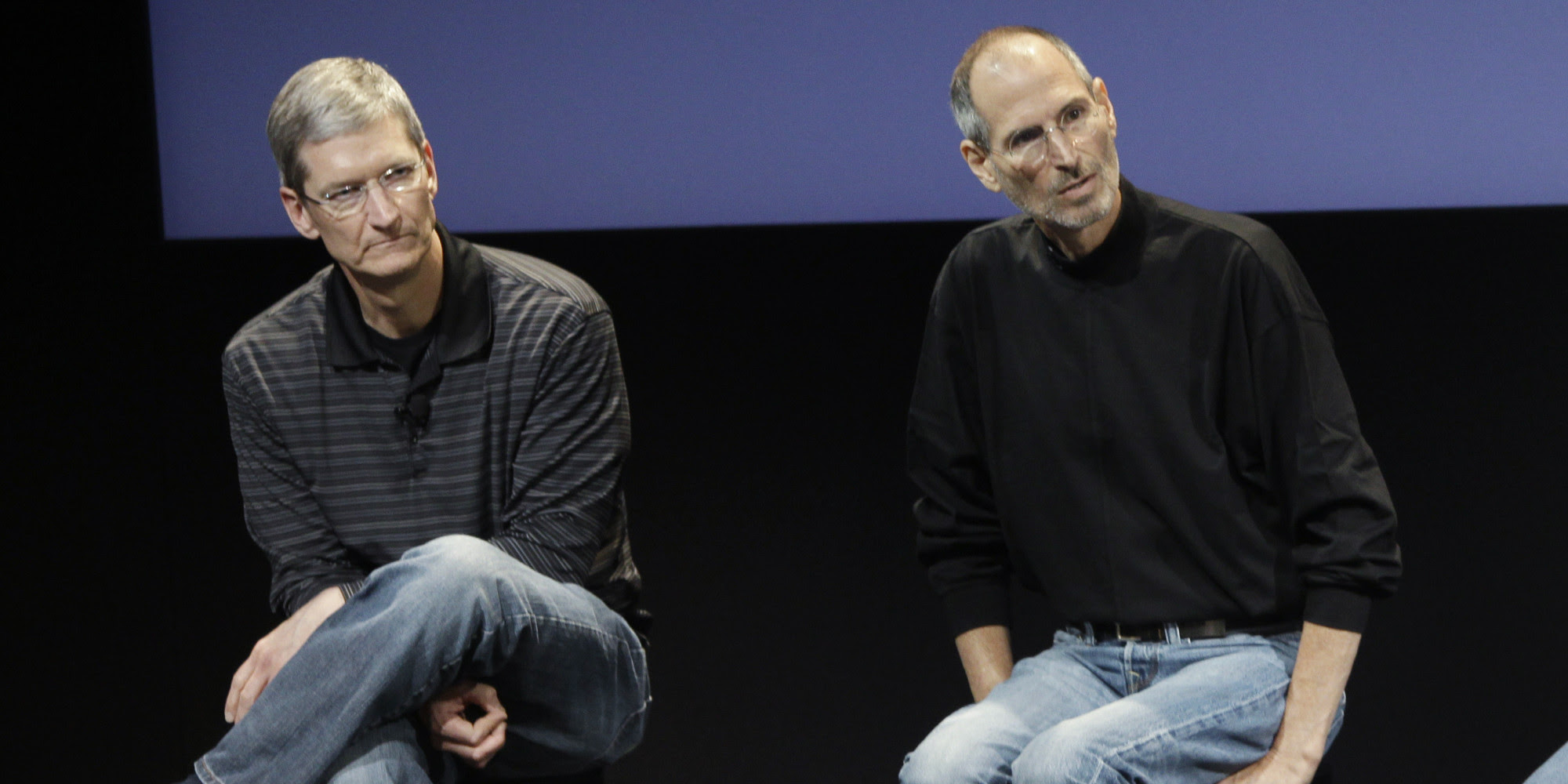 According to Tim Cook here are two of various important advices he received from Steve Jobs:

1)”Never enter into product areas where Apple is not the creator of core technology.” If we think of Apple and it’s products, most of the time they are not the ones that come first but they make the best with integration of hardware, software and services. To do this they need to be in the centre of the product and control the primary technology. Music players existed before iPod and phones existed before iPhone but once Apple entered, they were able to change the Music and Phone businesses completely.
2)”Never ask yourself - ‘What Steve would have done.’ Just do what’s right.” There was a reason why Steve said this to Tim. When Steve was the board member at Disney, after the death of Walt Disney, the execs would always discuss – “What Disney would have done?” and this question always used to fill void in the room and the thinking that went into making decisions once this question was asked became cluttered and unauthentic. According to Tim Cook, this one single advice cleared a huge weight off his chest and helped him think better.

Tim Cook is criticised several times for not being able to make Apple enter into new product areas. This statement is invalid because innovations happen when the technology is ready and the consumers have a problem that this technology could answer. Even when Steve Jobs was at helm it took 6 years to launch iPhone after the iPod was launched.

While Apple’s incremental gadgets are doing quite well – iPhones, iPads and Macbooks – Apple watch, only new category of device that was launched under Tim’s leadership is yet to prove its potential as a device consumers can’t live without.

All the technology perspectives aside, Tim Cook brought some elements into Apple that his  charismatic predecessor couldn’t (or didn't care). One of them is transparency and being more open towards critical issues. When the factories at China are facing a problem with lot of workers committing suicides, Tim visited China and made sure that there are some changes in the process that made the workplace more comfortable and less punishing. And the efforts of Apple on environment are legendary! Apple by 2017 will run on 100% renewable energy and its efforts on recycling are setting benchmarks in the industry! And Tim Cook even presented himself in front of the attorney on Tax evasion claims and debated passionately on the need for changes in taxation policies.

Tim is a very private person, yet he openly declared himself as gay, and the reason that he stated was – “If foregoing my privacy in this one issue can help people come out of the depression, make them think that being gay is not wrong and make them believe that they too can achieve great heights, I’d happily help!” This statement sums up what he is and what he stands for. 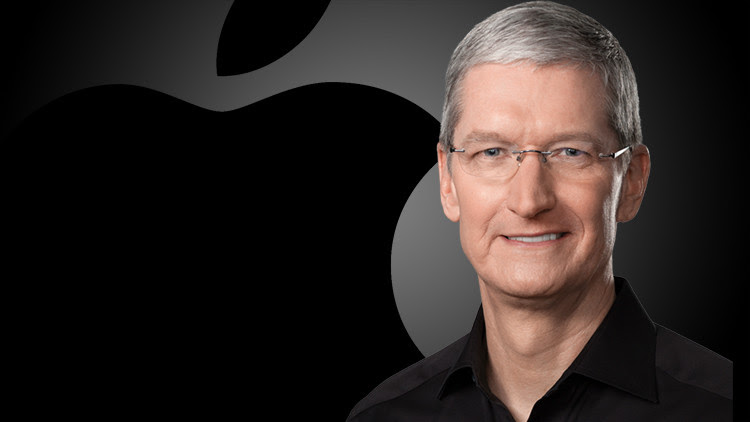 Everything didn't go his way though. There were some instances when he was under immense pressure. There was Apple Maps issue where it was very un-Apple to introduce a product before it was ready and Tim Cook candidly admitted the failure. The biggest crisis he faced (if we could point out at one) is when FBI asked Apple to unlock iPhone of a terrorist. (San Bernardino incident) The way Apple reacted to this got lot of admiration from the industry and triggered a debate on an important topic – Privacy and Security. Wozniak (Co-founder of Apple) said "I very much admire Tim Cook for standing up for the privacy of individuals because my whole life, Apple has meant to me a question of who is more important, the human or the technology." Who is more important human or the technology?

With iPhone growth slowing down and critics’ rant at Apple for not being able to come up with a disruptive innovation, I would say, Tim Cook shouldn’t be judged on his last 5 years but on his next 5 years because innovation takes time to produce and his hints at Apple Car and VR look exciting!

NOTE: The views expressed here are those of the author's and do not necessarily represent or reflect the views of DoT as a whole.
By Vamsi Yuvaraj - August 24, 2016 No comments:

Yahoo, Google and the Industry.

To include Yahoo and Google under one bracket is one risky title to start with considering Verizon’s recent buyout of Yahoo and Google’s passes at Apple to be the most valuable company. There’s a reason to it. 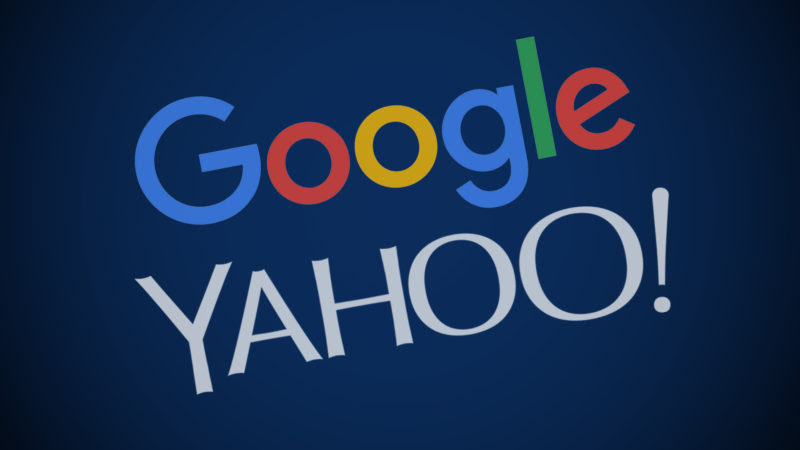 “Yahoo won the search engine wars and was poised for greater things,” said a Fortune article in 2000. Yahoo was valued $2.8 billion then and when Microsoft tried to acquire it in 2008, they allegedly offered $50 billion. Fast forward to 2016, Verizon buys yahoo for $4.8 billion. So what has changed in between? Press is full of various theories and takeaways many of which focused on Yahoo’s failure to buy Facebook and Google, or sell to Microsoft. But if I can think of one thing to attribute for Yahoo’s failure it is being on wrong side of major trends.

If people remember, Yahoo was one of the untouchable companies in 90s and it was the leader till mid 2000s to the point that Yahoo’s CEO got a 10 minute stage time for the historic iPhone launch in 2007 and Steve Jobs projected Yahoo as a force to reckon with. And then 10 years later, Marissa Mayer who was poised to be the only saving grace and had the potential to turnaround the falling corporation failed to revive and finally sold it to Verizon.

Now let’s look at Google. As of now, Google’s numbers look great! It is beating expectations quarter by quarter and Industry observers are walking away impressed after every earnings call. Google banked on digital advertising big time and are doing great! Google’s brainchild PPC (pay per click) – where advertisers are charged when advertising works – has become industry standards of how people look at the success of an ad. Even revenue streams of various companies are designed around PPC.

But the trend is changing faster than expected. Google’s focus is still on browsers, website and search which interrupt the user’s attention. These are now being replaced by advertising designed to engage them. Facebook, is on the right side of all these trends. As a result of Google’s focus on serving ads by interrupting user experience has impacted the rise in ad blockers. About 41% of internet users use an ad blocker according to a survey. As a result publishers are against these low-performing ads that clog the pages with takeovers, wrappers and pop-ups that weigh on load times and ruin the user experience.

Facebook is built exactly for this. From pages to sponsored posts, Facebook has concentrated its monetization strategy on feed based units than interruptive ads and is more poised than Google for success on this road. Google’s answer for this has been AMP (Accelerated Mobile Pages) which again are search based rather than discovery.

But the business of digital content is more of curated than computerised. Google doesn’t have this culture in both structure and technology that is poised to take over this trend of curation because Google is always about left-brain comfort zone and computerising the activities than human curation. What Google needs now is a less Google-y approach to problem solving!

NOTE: The views expressed here are those of the author's and do not necessarily represent or reflect the views of DoT as a whole.
By Vamsi Yuvaraj - August 14, 2016 No comments: