Real estate is a cyclical industry, reacting to macroeconomic trends such as interest rates, population growth, and economic strength. It takes care of one of our very basic needs i.e. a home to stay, for which in this sector the demand is very high and profitable too.


Talking about the real estate industry earlier, it was tougher than what it is now. People had to go to the sites and search for favorable sites in person. But, since the last decade with the increase in the use of the internet widely all over, it has been easier for the real estate sector to reach their customers and for the customers to find the perfect property for themselves. The extensive use of internet gave birth to a new way i.e. digitalization. Digitalization is spreading all over like an epidemic. With this major change, all sectors need to adapt it to perform the best. 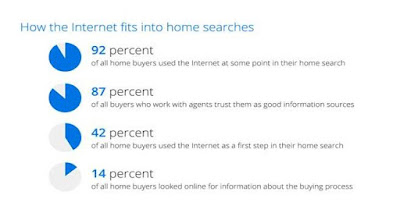 In the real estate industry, Digital Marketing is playing a major role. It is true that people will make a final decision after seeing the property in person. But investors are likely to conduct thorough research before viewing the properties, for which it is ideal that as a realtor and property, one must have a strong online presence. As per Digital Marketing Activities, there has been a phenomenal increase in the number of leads (at least 300%) from marketing real estate online via digital marketing platform. Undoubtedly, buyers get interested in personal buying experience when it comes to high monetary value products, digital marketing makes the real estate or developers in India create a huge impact on the buyers. To attain this objective of reaching out the target users, digital marketing is applied. The various channels used to achieve these are:

Today, the need for a more intricate strategy is needed in order to get your website rank in the top few pages of search results. This includes:

This is a crucial aspect of the real estate agent and marketing plan whether we are a seasoned agent or first-time agent. However, once you realized which type of content the audience likes, it will be a lot easier to do it. Since most of the sellers and buyers turn to real estate websites in order to find out who an agent is, information about their markets, what distinguishes them from the pack, and so on. Therefore, to know your users and what drives leads to you, there is a need for content marketing strategy for real estate.

Sounds obvious, right? But you’d be surprised at how many real estate companies overlook this aspect of their social media accounts, especially if they’ve recently moved office or changed their phone number.

For each platform you’re using, Add your: Contact details, Address, Profile photo, Website URL etc. That way, if your audiences are looking for a way to get in touch, inquire or simply learn more about your business, the information is there to do so. We all love convenience.Fancy taking this tactic a step further? Dive into the details of your real estate business and use the Story section on the Facebook Page to build those all-important personal connections

2. Real estate video marketing to showcase properties should be used

97% of marketers say video has helped increase user understanding of their product or service, 76% say it has increased sales, and 76% experienced more support queries after using video in their strategy.

But while you might already know how to record, upload and promote basic video content on social media, you’ll need to adapt—and test new video formats—if you want to make your content a success.

For example, these can be done:
a. A series of Instagram Stories to show the interior of a property they’re selling (remember these expire after 24 hours unless pinned to an Instagram profile)
b. A Facebook Live video at one of their open house events
c. A Snapchat Story which encourages their followers to take part in a property Q&A
d. A YouTube video which explains the step-by-step process of buying a house
e. A 360 post to give their audience a full, 360-view of the property

It would let us be found at the top of search engine results when you optimize your agency’s site for the services your agents offer. Outrank your competitors time and time again as your strength in search grows and you continue to drive traffic to your site.

A strong organic strategy will drive more and more traffic to your agency’s site over time. You can even leverage local SEO strategies, so people searching for agencies near them can easily find you and map where your agency is located thus also driving traffic not only online but also through your agency’s doors.

If any real estate company wants to be the best then online marketing is very important as well as in an effective way. When they are planned to do online marketing then they should remember one thing that they are going to provide the best value. They should be very careful while giving the information online because they are going to take part in someone’s very important decisions about the home.

Their online strategies should show this desire. While creating the content, it should be designed in the way, when the user is going to take the decision it would be easier for them to choose. If they actually help the user in searching for a desired home then the chances of engagement will increase. In the end, a successful digital marketing strategy will help them to generate and convert more leads into potential clients.

NOTE: The views expressed here are those of the author's and not necessarily represent or reflect the views of DOT Club as a whole.

INNOVATIONS ALL THE WAY

A famous line from the movie ‘Cars’ by a renowned franchise – The Walt Disney Company, who made all the kids and race car fans sob tears of happiness and dream that one day they can be a race car driver too. Well, this might seem a little out of context, but it is the dream part which keeps all the people associated with motorsports on their toes and keeps innovating their way to a better future. And since we are talking about motorsports, why not take something which defines the epitome of engineering – the one and only, Formula 1.

Since its inception in 1950, Formula 1 has become the world’s most exciting auto racing competition. Their cars race at speeds that go all the way up to 360 km/h, but F1 is not only about going faster: it is also about endurance, security and innovation. An F1 car can go from 0 to 160kmph and back to 0 in just FOUR seconds! The average cost of an F1 car for 1 day is more than ₹ 53 Crores. Bear in mind that it is the price of the most basic components. It doesn’t include hundreds of millions spent on development and research. It’s quite a pricey machine.


Now the big question is, how are we, people who drive a Honda Civic or Toyota Prius or maybe a high-end Ferrari or a Merc, benefitting from a rich sport which makes its cars go round and round on the track?


  To start off, let us talk about efficiency. An engine for a normal car delivers roughly around 29% Thermal Efficiency which is way below what it is capable of because a Formula 1 car using the ‘similar V6 engine’ can give you 44% of thermal efficiency. In layman terms, thermal efficiency for an engine is defined as converting the thermal power from burning of the fuel into work, which in this case is running the engine. The cars these days are coming with better power figures and more longevity which is the sole mission of Motorsports.


  There’s a high-end technology called Automatic Transmission. Well, yes, one can easily guess that it changes gears automatically for you. And then there are Clutchless Manual Transmission, more commonly known as Paddle Shifters, which doesn’t need a clutch to shift gears. Again it might sound like a normal thing, but in a Formula 1 car, this techy thing lets you change gear in 30 to 50 milliseconds. Yes! In a normal car, 50 milliseconds pass by the time you touch the gear knob. And the good news is, the same technology is being used in most of our affordable high-end cars.


  How about the futuristic cars designs that we are seeing these days. You think Automotive manufacturers are using them just to make their cars look good. It is the courtesy of another motorsport concept, which is the usage of ‘DESIGN AND ANALYSE’ by Computational Fluid Dynamics (CFD) which is a design engineer’s only true love. It allows you to run specific models and tells you how your car will behave in every earthly condition ever.


The list can go on and on from Kinetic Energy Recovery System which converts heat energy released from brakes to a more usable form, Traction Control, Tire Dynamics, Brake Materials, Lighter Body Weight, Aerodynamically Efficient Cars to what not! The so-called Hierarchy is not only restricted to an organisation’s work order, but it also goes for the technological flow too. From the very best of motorsports to the most practical part of road cars.


Now both the cars below, might not Ka-Chow to you, but they sure as hell break every limit out there and are designed to make your lives happier!

NOTE: The views expressed here are those of the author's and not necessarily represent or reflect the views of DoT Club as a whole.
By DoT Club - April 07, 2019 1 comment: