The financial world is rapidly spreading their services by integrating with the latest technology, since the currency is  the only oil which runs finance of any organization, business of a country, Facebook has taken initiative to launch its very own digital currency or virtual currency or cryptocurrency “Libra”, which lets you purchase things and send money with Zero fees. To date back the existence of cryptocurrency, it was created in 2009 by Satoshi Nakamoto, which is actually the first Decentralized cryptocurrency is popularly known as “Bitcoin”. Later then many digital currencies came into existence to name a few are Litecoin, Ethereum, Dash, ripple, NEO, Monero and others but these have not made an impact in the digital currency system. Facebook has launched Libra with the main aim of becoming a global currency with the same population of user base it has, especially for those developing countries which have poor financial and banking systems. However Facebook is not alone in developing this system, Facebook tied up with a couple of hotshot companies in silicon valley, Libra is governed by the Libra Association, which is a swiss group and has around 28 members including facebook subsidiary Calibra, uber, MasterCard, Paypal, Spotify, visa and others. 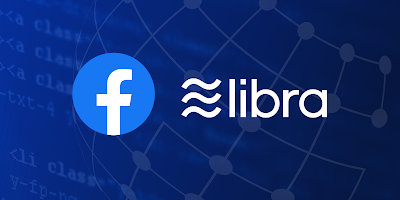 Before discussing the working of cryptocurrency, there is a huge confusion among the people to differentiate between Bitcoin and cryptocurrency. Bitcoin is a digital currency which uses cryptocurrency and it is completely governed by a decentralised authority such as government currencies, whereas cryptocurrency refers to the technology that just catalyses the process of financial transactions. Now, Does actually does Libra work? The technology which runs Libra is “ BLOCKCHAIN”, which is written in the Libra white papers of technical manifesto.


Blockchain is a concept which is not enough to understand in a passage or two but we can understand a few applications in Libra. Firstly Blockchain is infrastructure or the backbone on which all the cryptocurrency payments take place. It is an unchangeable, digital, transparent and most fastest record of all payments that can ever happen in any cryptocurrency. Secondly Blockchain is completely Decentralised, which means all the transactions are processed and verified by a bunch of independent systems, rather than a central system, with the primary main to increase security so that no single entity of the process is hacked also guaranteeing the users that these transactions cannot be blocked even by government bodies. These independent systems are referred to as nodes. These conclude that these are anti-state and anti-bank tools.

Libra’s nodes will run only through servers of Libra’s Associations numbers which are Facebook, PayPal, Uber and others, so there is no single system which verifies the transitions, Libra’s transactions are collectively processed and verified by many independent systems which are good according to blockchain experts. Also, this makes a lot of fear among the developers that put them into pressure if the government ordered to block the transactions.

Decentralisation makes any system less vulnerable to malware, hacks and misfunction. Blockchain generally makes around 7 transactions per second, But on the other hand by centralisation, it takes around 24,000 payments per second. The only reason why the Facebook platform has a stable bitcoin is only because of its Huge users. Which means that the value of Libra will be connecting to the real-valued assets.

Libra’s Associations will initially store a different currencies such a Dollars, euros, pounds and others in a Unit, the value of this unit will determine the Libra’s total unit circulation .whenever a user tries to trade cash for a Libra, the same cash will be added to the associations reserves. At the same time, Facebook is launching its wallet Calibra which lets users transact through Facebook messenger, WhatsApp or a standalone app.

Recently France announced that only the government can mint money, the bank of England announced that Libra has to meet a sustainable standard to be allowed in the UK, PayPal, Visa and Mastercard have left the collaboration. Facebook which is well known for its oversized user base, unaccountability arrogant monopoly has put questions to the globe if it can maintain its standard in the financial domain, with all these controversies and struggles lets see how far Libra can meet the digital financial world.

NOTE: The views expressed here are those of the author's and not necessarily represent or reflect the views of DOT Club as a whole