Imagining robots part of human world is a common buzz because some human must design and build, Program it, to serve its purpose but it’s all mechanical. What happens when the robots start learning everything by itself – ROBOT DEXTERITY. The irony of robotics is “What’s hard for humans is relatively easy for robots, and what’s easy for humans is nearly impossible for robots.”

Dexterous Manipulation is an area of robotics in which multiple manipulators, or fingers, cooperate to grasp and manipulate objects. Dexterous manipulation differs from traditional robotics because they are mainly the object-centered ones. That is, the problem is formulated in terms of the object to be manipulated, how it should behave and what kind of forces should be employ upon it.

In General case a robot can pick an object as programmed like Location co- ordinates, size, shape, color etc. if any of the programmed specifications changed the robot fails. This is where ROBOT DEXTERITY masters the technology. It will help the robot to manipulate the object with trial and error method. This improves the efficiency and it rises to the next stage “self-learning Robots”. 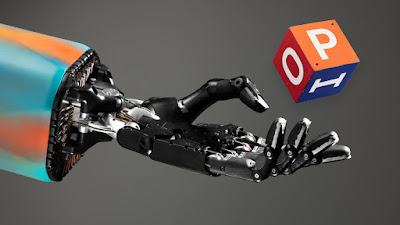 “Dactyl” a new advancement is a system for manipulating objects using a Shadow Dexterous Hand. For the Re-orientation/Self learning there are few things first robotics should expertise at first. Real world experience, High Dimension control, Noisy and partial Observations, Manipulating more than one object at a time. The problem is Traditional robots can easily provide enough data to train complex policies, but most manipulation problems can’t be modeled accurately enough. Training directly on physical robots allows the policy to learn from real-world physics. Domain randomization deals with simulation which is designed to provide a variety of experiences. This gives robots learning in simulation, gather more experience quickly by scaling - up, and by de-emphasizing realism, tackle problems that simulators can only model approximately.

The new Robot “MuJuCo” with Dactyl has been built. This copies the simulation by seeing the other one. Example if a human turned an object in a particular direction the robot copies the simulation and places the object in the same direction. This is happening cause of the robot can manipulate the object by repeatedly making contact with it. Dactyl was designed to be able to manipulate arbitrary objects, not just those that have been specially modified to support tracking. Dactyl uses regular RGB camera images to estimate the position and orientation of the object. 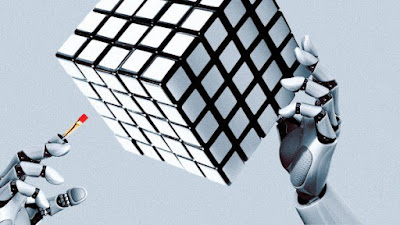 The important factor is tactile sensing is not necessary to manipulate real-world objects and Randomization developed for one object generalize to others with similar properties. The key players in this area are the Open AI

NOTE: The views expressed here are those of the author's and not necessarily represent or reflect the views of DOT Club as a whole.