YOU DON’T HAVE A PHONE, IF ITS NOT AN “I-PHONE”


The Brand Equity Apple enjoys, is due to its positioning in the minds of people as an “alien” when it comes to technology. Apple if personified will be like Iron Mans’s “JARVIS”. November 3, will be a big day for tech savvy and hardcore loyalists of Apple as I-PHONE X (pronounced as I-PHONE 10) is going to be released worldwide. 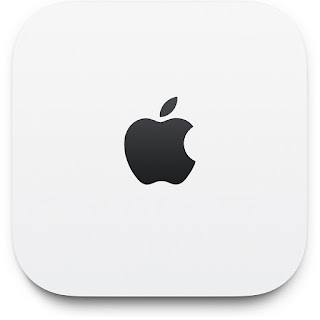 Apple with its consistent drive towards excellence has become synonymous to innovation, with each new release it gets a new unique feature or the most upgraded features. Coming to I-PHONE X, it is packed with some best features at their highest upgraded level.

The Super Retina display screen, a 5.8 inches screen with 458 PPI &1000000:1 color ratio. It automatically adjusts its temperature and color based on the lighting you are in at any given time. I-phone X ditched the Home Button, it is all screen front phone with no buttons. The most exaggerated feature this time The Face Id, it’s not unique but Apple claims it to be the most secure and advanced version of the above. It features 8 different cameras and sensors that work in combination to recognize the owners face. If you wear glasses, grow a beard there’s no issue because of the infrared. This feature will be used for unlocking the phone, the third party apps and is a replacement to the Touch ID.

Coming to cameras, I-PHONE X has the same camera specifications as in I-phone 8, a 12 MP wide-angle primary camera with optical zoom and 4k video upto 60 FPS with ton of enhancements to improve color and reduce noise. Now the true depth camera allows to take selfies in portrait modes. Some how Apple managed to increase its battery life by 2 hours compared to I-phone 7. The best part for me is The Wireless Charging, I-phone X has Qi wireless charging, now Apple has a new charging mat capable of charging an I-phoneX, apple watch and Air Pods all at the same time. The build is entirely of sturdy glass and stainless steel, to match the color of the phone.The A11 Bionic processor with a M11 motion co-processor and GPU (Graphics processing Unit)makes it 30% more faster than A10’s GPU.

The Samsung Galaxy Note 8, with mostly common features with I-PHONE X and priced at ₹67,900.
Technology is at its peak and will reach its saturation soon, but the question here is, Are we using our technology productively?? Is this technology helping us to grow?? well that’s completely upon you, take it as a boon or it will be a bane.

Note: The views expressed here are those of authors and not necessarily represent those of DOT Club as whole.
By Unknown - September 17, 2017