Ransomware - Showing the importance of backup

Some days back in the month of May, the whole world was hit by what is commonly known as Wannacry Ransomware. The Ransomware gradually encompassed the whole world while centralised mainly around Europe. More than 2,00,000 organizations spread across 150 countries were heavily affected by this attack which caught most of the masses sleeping. 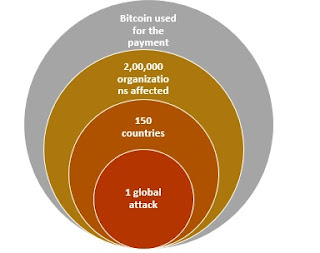 What is Ransomware and how does it work?

Ransomware as the term states is a kind of cyber-attack that involves hackers taking control of a computer system and blocking access to it until a ransom is paid. These attacks are mainly undertaken by the cyber criminals for want of quick money. A cyber-attack such as this works only when it is able to control the computer to be attacked which is possible only when some sort of malicious software is downloaded in the target device. This is often done by getting the victim to click a link or download the software by mistake. Once downloaded, the software wreaks havoc by gradually encrypting all the files it can find within a device or a network.


The virus Wannacry ransomware wreaked havoc on the organizations demanding huge payments which could not be traced. The reason for the payments going untraced is the use of Bitcoin, the hugely popular virtual currency.


Large companies are often able to spot this attack in the initial phase and can isolate the documents to minimise the damage. Individuals however are not so lucky as they do not have any such measures and they do not have any option other than paying the ransom unless they have created a backup of their information.

Who is responsible for the attack?

A secret group called Shadow brokers who first appeared in 2016 and who is responsible for several leaks containing hacking tools from the NSA ( USA intelligence agency) has been held responsible for carrying out this attack.

Who all were affected?

The online attacks were carried all over the world with around 75000 different computers attacked all over, however, the major organizations hit in the attack were Britain’s National Health Service, Renault- French car making company, FedEX - The International shipper, Russia’s banks, Spain’s company Telefonica and more.

A cyber security firm Quick heal detected over 48,000 ransomware attack attempts in the country, with West Bengal witnessing the most incidents. The attack was not focussed on any particular industry but it was widely spread across industries especially those organizations which are online and connected.
According to Quick Heal, 60% of the victims were enterprises while 40% were individuals. The top cities affected were Kolkata, Delhi, Bhubaneswar, Pune and Mumbai. 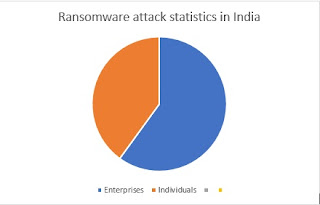 How to protect yourself?

Companies today require one to share one's personal information as a pre-requisite of using their services which is why it has become even more important to protect the sensitive data of the customers. Companies also get into financial transactions throughout their business which is also a sensitive data which needs to be protected.