IMMUNE ENGINEERING – FROM VISION INTO A REALITY

The doctors looking at Mili Thomas saw a little girl with leukaemia bubbling in her veins. She’d undergone loads of chemotherapy and a bone marrow transplant. But the cancer still thrived. By last June, the 12-month-old was desperately ill. Her parents begged—wasn’t there anything? There was, in a freezer at her hospital—Great Dortmund Street, in London—lied a vial of white blood cells. The cells had been genetically altered to hunt and destroy Leukaemia.

We all have seen those movies where a patient on the verge of death rises magically to live on, but never thought such things would turn into reality, at least not in the immediate future. However, science seems to be on the path where we will soon see such things happening. It seems vague, but fortunately or what I can term it as remarkable this seems to be the coming to be true reality. Science has gone past many barriers to reach this stage.

Immune engineering is the answer to most of the deadly disease. We all know how vital the role of our immune system is, however this very system goes on a backtrack when attacked by diseases like Leukaemia, HIV.

Our immune system is very powerful, 1 teaspoon of blood contains tens of millions of white blood cells. The most important cells that contribute to the defense mechanism are:

These are an essential component of the immune response which are produced in the bone marrow, part of the adaptive immune system, B cells are responsible for generating antibodies to specific antigens, which they bind via B-cell receptors (BCR).

The “T cells” (so-called because they develop in a small organ called the thymus gland) are responsible for many immune responses which include direct attack on foreign substances such as bacteria, viruses, or foreign tissues;Of all of the above T cells are the most powerful of the lot, though all cells play an important role but T-cells take up the role similar to Black Cat commandos.

T cells are comprised of two types: Helper and Killer.

Helper T-cells respond to problems in our system by rallying the cell troops around the foreign bodies.

Killer T-cells start the onslaught by injecting lethal poison on to the enemy.

When your body’s cells become damaged or infected, they alert the immune system by physically displaying signs of their internal problems on their surface. They do this with molecules called Major Histocompatibility Complex (MHC) proteins, which have a built-in groove that can hold a fragment of enemy protein up for inspection by passing T-cells.

T-cells wander through your body, scanning MHC molecules as they pass using their own specialist surface molecules, known as a T-cell receptor. Each of your millions of different T-cells have a slightly different T-cell receptor, and will only start to activate if it detects its exact foe. Before it can attack, the T-cell must wait for more orders from other immune cells – this helps prevent friendly fire. But once it receives these orders, it arms its weapons, and then starts to multiply furiously, producing an army of clones.

However, there lies a catch, while T cells can destroy foreign bodies they cannot identify them which is where Immune engineering comes into the scene. Cancer cells are master at fooling the T-cells, however, they are not able to withhold their identity against B-cells. Cellectis, a biotechnology company devised a gene editing method called TALENS (Transcription activator-like effector nucleases), a way of making cuts and fixes to DNA in living cells. The company began developing the treatment in 2011 after a group of doctors reported a way of gaining control over killer T-cells,

The treatment was based on the concept of combining the identifying power of B-cells with the killing power of T-cells thus creating Super T cells. 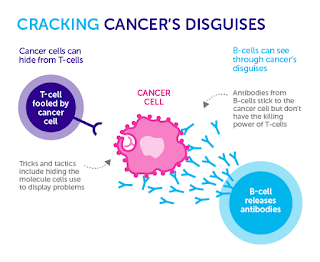 These super T cells are made using healthy patients’ blood, genetically modified and then injected back to the patient’s body to seek out cancer cells. Targeting the right cells forms an important part of this treatment as it is very essential for the super T cells to identify the right cells and then attack them with precision. 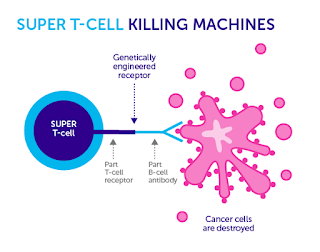 These treatments are based on blood cancers developing from B-cells hence the T cells while destroying the cancer cells destroy the B-cells as well in the process. Patients can survive without B-cells however they need to be on medication throughout their life.

Hence, there still is a large scope of improvement, apart from blood cancer these treatments can be modified for organ specific cancer as well. However, this has paved the way for a light of hope for those who are unfortunate to get cancers such as Leukaemia. This research proves how science can be used effectively to save human life rather than just in making weapons of mass destruction.We shall soon be seeing such things happen more often in the near future.

Note: The views expressed here are those of the author's and do not necessarily represent or reflect the views of DOT as a whole.
By Unknown - June 18, 2017