Li-Fi - The next big thing to look out for?

Li-fi (Light Fidelity) is being seen as the next paradigm shift in the field of wireless networks. While there are many upsides of replacing Wi-fi with Li-fi, our technology is not ripe yet. In this blog post we look at what Li-fi is, its upsides and downsides. 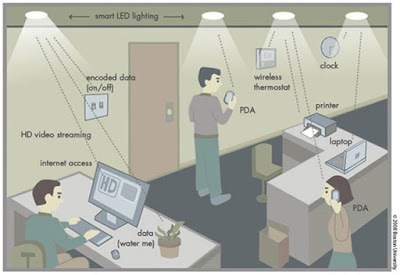 We love internet and the way we access internet these days is Wi-fi. (Wireless Fidelity) Wi-fi uses radio waves which has a smaller spectrum compared to Light or Visible spectrum. Without going into technicalities, I would try to explain what spectrum is and what advantage we get using a larger spectrum which is light spectrum. 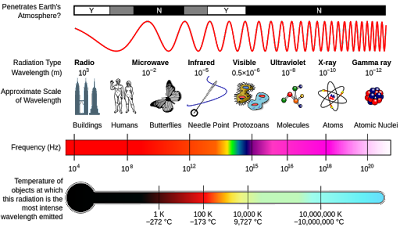 
Though theoretically, you can communicate unlimited levels of frequency at a time but for the receiver to be able to discern between several frequency levels after the addition of noise, you can only communicate limited levels of frequencies. (ie., you can send 2.3 Mhz signal, 2.31 Mhz, 2.311 Mhz, 2.3111 Mhz, etc.. but for receiver to discern these frequencies you cannot just send whichever level you want.)

How does the Li-fi Work?

We have modems in our home which transmit wi-fi signals for use. In Li-fi, we use the lights to transmit Li-fi signals. So as explained above in a crude way, if light is on it is 1 and if light is off it is 0. So if light is able to glow in different brightness levels, we can send many bits at a time. Normal lights will not be able to do it. So we use LEDs in place of normal incandescent lights for two advantages:

1) LEDs can glow in different brightness levels.
2) They can switch to these different levels very fast.

All our mobiles have an ambient light sensor on top of the screen, generally near the ear speaker to detect the ambient light conditions and change the brightness of the screen accordingly. A similar sensor but a much more sensitive one will be placed in the receivers to receive this Li-fi signals. This is how Li-fi works

Now many people are jumping on it as the next paradigm shift in internet communications but it should be taken with a pinch of salt. Here are some reasons why we are many years away from seeing Li-fi replacing Wi-fi.

1) It is true that Li-fi gives you 1Gbps of speed, but is there a optical fibre network (which is an input to Li-fi modem which is LED light) that provides you 1Gbps of speed? Our current modems, based on technology they are operating on can give upto 400-700 Mbps but current optical fiber links are unable to catch up with even that speed. So what's the need to jump to even more powerful modems? Its like having a larger tap connected to a narrow pipe.

"Its like having a larger tap connected to a narrow pipe."

2) Downlink is okay but to transmit data from your device to the router, you still need to use Wi-fi or infrared unless you install an LED light on your mobile or laptop to transmit data in the same way as Li-fi does.

3) Li-fi cannot work in bright sunlight for the fact that sunlight dominates any LED light.

4) Li-fi cannot be used in different rooms across a home because light cannot traverse through the walls which is essential for Li-fi to work.

5)Light should be on all the times. Though the scientist behind Li-fi, Mr. Harald Haas explained that light's brightness can be brought down so much that a naked eye can't determine whether the light is on or off and can still send the data, it has to be proven yet.

So before you jump into Li-fi bandwagon, remember that there are still some limitations left unanswered!