Social Networks and the Echo Chamber

Social Networking which never existed 10 years ago has seen the penetration faster than any other service in the world. While there are many advantages to it, let's for a minute be cynical and look at what it does to our cognitive thinking.

It is human tendency to seek out information that validates our view. So we actively look for people whose views match ours. We Selectively read online columns or newspaper articles that appeal to our thinking. We watch youtube videos or television channels that agree with our views. We read opinion pieces and editorials in newspapers and magazines that coincide with our view. This puts us into an “echo chamber” where similar views are repeated and reinforced. The contrary views are brushed aside as frivolous or biased. 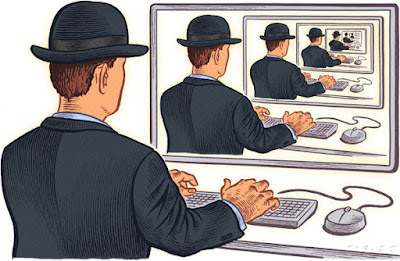 While this might sound bad enough, modern-day social media algorithms has made it worse. All the algorithms facebook or any social network for that matter suggest the pages and ads that we might want to see or might want to like or might want to open. Nobody shows us the reality! Our Facebook feed is filtered based on previous likes. Flipkart suggests items on our pattern of previous purchases. Twitter suggests whose tweets we should follow bases on those we are already following. Social Networks are ensuring that we are fed with more of the same to the point where our brains start confusing opinions for facts.

There is a debate whether this urge for constant reinforcement makes us more intolerant as a society. That’s a question best left for sociologists and psychologists to answer but this Echo chamber is catastrophic for a business world moving forward.

Before discovery of Australia people were convinced that all Swans are white. It is because they didn’t find a single swan which is black. This is a view based on empirical evidence. But immediately after they found a contrary view that black Swans do exist, they changed their view. But unfortunately we are doing quite the opposite. We first form a view and then look for evidence that endorses our view. That’s the reason we should have a clear line of difference between opinions and facts.

Even in organisations, it often happens that managers like “yes men.” This is called confirmation bias. Many leaders seek out and take opinions of people who say what the Manager wants to listen but not what is right. They might be right sometimes but when something goes wrong, they will not be able to recognise what went wrong while the data that is sought is completely biased. Research essentially decreases uncertainty in the decisions that a Manager has to take but the person that takes that decision should be unbiased in collecting the data instead of being caught up in an “Echo Chamber.” 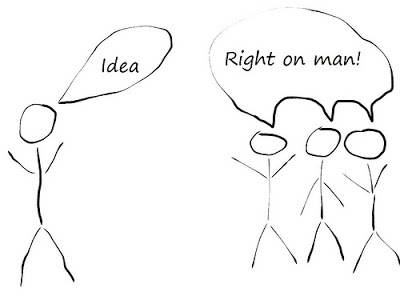 A philosopher named Karl Popper famously said “The only way of testing a hypothesis is to form a view and to spend the rest of the day looking for evidence that proves you are wrong, a process known as falsification. Good decision-makers should consciously seek out diverse views that challenge their existing opinions.” This sums up what decision making is all about.

NOTE: The views expressed here are those of the author's and do not necessarily represent or reflect the views of DOT as a whole.
By Vamsi Yuvaraj - December 13, 2015