Universal real-time translation has always fascinated the humanity thanks to its use in fictional stories. But it’s no longer science fiction. The devices with polyglot powers have been released in the market. now, companies can communicate with any lifeform no matter where they choose to boldly go. 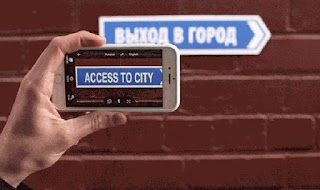 The Interpreter – Translator :
This application recognizes the language that is being spoken and then translates the content in real time. It's easy to use and caters around more than 100 different languages.
To achieve this, different combinations of machine intelligence technologies have been used: A pattern of matching software to identify sounds and Neural networks, and Machine deep learning to identify what is being said, and “encoders” will process all the information. The task is supported by the databases of common words, meanings and information learned from previous analyses.

Siri, Cortana, Alexa and other assistants applications in our mobile devices have already learned to understand what we say and execute commands in one language. Now they are learning to translate those words into other languages.
Hardware for  real-time translation already exists: