Last Friday marks 30 years of existence for Microsoft Windows. Microsoft is the first software company. Bill Gates envisioned long ago how a software company should be like before anyone knew what software actually is. Microsoft has been the face of computing for many long years and it still is in a very tangible way. There are many ups and downs for a huge company as Microsoft. While the former clearly dominated the latter, it wasn’t always a cakewalk for Microsoft to protect its identity. Software is funny. You clearly dominate the industry, become myopic and then you are irrelevant. We have seen recently this week on how Rdio filed for bankruptcy after being a super hit just 4 years ago. Similarly we have seen many instances in the past where companies faltered not knowing where their next bet should be and going bankrupt.

This was Microsoft's first logo

These were the days of IBM Personal computers which took public by storm. Microsoft wrote the program of MS DOS for IBM. The biggest mistake IBM did was allowing Microsoft to retain the licensing rights on MS DOS. When Bill Gates and his team at Microsoft were developing MS DOS for IBM, they were not at all confident of getting the licensing rights as IBM being market leader was ruthless. But the management of IBM thought that nobody in the industry could replicate their success in hardware manufacturing and thought that they will remain market leaders in the foreseeable future. Bill Gates from the inception is a software guy. He when came to know that the management of IBM is not at all interested in retaining the licensing of MS DOS, he was shocked and said to his close friends how big this mistake is and also added that IBM is going to repent on this Historical mistake. He was right. Many manufacturers came around figuring how to do hardware and started to approach Microsoft for the software. Microsoft suddenly replaced IBM as face of computing. 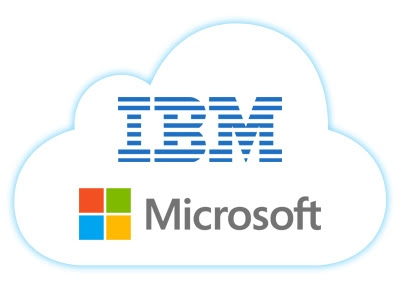 Microsoft also licensed their ‘Basic’ programming for Macintosh and wrote office software for Mac. Bill Gates worked closely with Steve Jobs in creating Macintosh’s software. Bill Gates was a little apprehensive on Mac’s success as he thought the Macintosh that was launched in 1984 was way ahead of its times and may not succeed. Turns out, he was right and Macintosh’s failure lead Steve Jobs step out of the company. But people started to look at Macintosh’s GUI as a game changer.

Windows came up with Windows 95 and it was the first windows operating system that supported GUI and it became an instant hit. Apple immediately filed a lawsuit that Microsoft copied their Macintosh’s interface and the competition became intense. Microsoft finally relented and agreed to purchase $350 million worth Apple shares in ‘out of court’ settlement when Steve Jobs returned to Apple. While Apple pursued an integrated approach from the start where Hardware, Software and Services are provided by a single company, Bill Gates’ vision was different. He thought consumer should be given a choice of different hardware manufacturers and he pursued an open approach where different components are designed by different companies. In hindsight, we have to say that the industry immensely benefitted from Microsoft’s open systems approach. Competition intensified among the manufacturers which turned into a Zero sum game which triggered price wars. In the end, consumer benefitted. 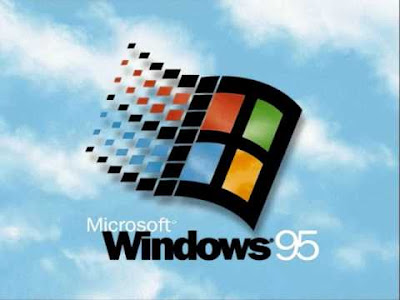 Microsofts push to Enterprise is also a commendable effort suited to its open approach. Microsoft allowed OS customisation and tweaking according to the needs of the enterprises and they came up with a server operating system that was and still is immensely popular. Even food chains like KFC use Microsoft’s enterprise Operating system. Here instead of whole Operating system a lite version of Windows is deployed on a low cost hardware that saved lot of costs and was easier to use.

Many say that this decade is a ‘lost decade’ for Microsoft. Steve Ballmer when took over Microsoft, it is a giant. Microsoft lost focus and ventured into many irrelevant spaces in the fear of being Myopic. They ventured into robotics, phones without a vision and did many irrelevant innovations that didn’t help its desktop operating system in any sort. In 2004 they debuted a Windows based tablet which is a complete failure. Windows Vista’s failure didn’t help Microsoft. On the other hand Apple and Google are driving ahead leaving Microsoft behind. In a desperate attempt to attract attention, Microsoft even ventured in to search space through Bing. The abbreviation of Bing is ‘Bing is not Google.’ If you name your product after your competitor, it says how terrified and desperate you are. After losing ground to Apple and Google on mobile front and Amazon on server front, Microsoft really need a restructuring. 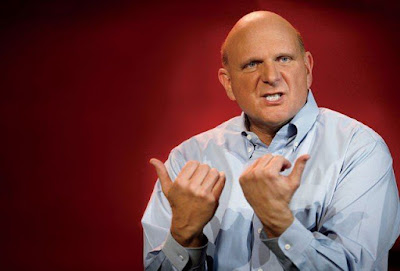 Steve Ballmer was sacked as CEO by the board and Satya Nadella who overlooked Enterprise Mobility division and cloud platform Azure was made the CEO. Satya Nadella when made the CEO stressed the importance of Mobile first approach and started conscious efforts to bring back Microsoft as an enterprise leader. 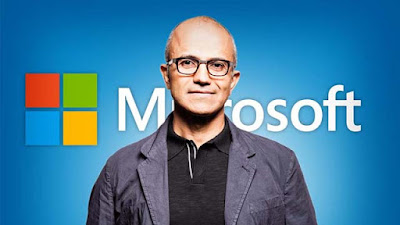 Its too early to judge Satya Nadella as a CEO but innovations of Microsoft recently on Surface tablets, Surface books, Windows Mobile, Azure, Microsoft Band, Xbox, Holo lens, and Windows 10 looks promising. Satya has a clear head unlike the chaotic personality that represents Steve Ballmer. Hope he delivers on the duties bestowed upon him. Below is a video explaining his vision for Microsoft after a recent product launch.

Microsoft indeed brought us a long way. Let’s hope Microsoft takes us to even more heights we could never have imagined. Happy 30th Anniversary Windows!