What Do We Know, What Have We Learnt?

Global Positioning System (GPS): We all know about it, don't we? We use it to book a cab or to find a restaurant, to locate nearby Shopping Malls, Railway Station and what not. GPS makes our journey easier when we travel to an unknown place. Without it, we feel lost. But, do we ever try to know, how it works? Well, the answer is simple, it works through satellites. But, who owns those satellites? Well, it is owned by the US Government. India only has commercial access to it.

Then, why doesn't India have its GPS???

This question was answered in 1999, just after the Kargil War. It was all during the Kargil War when India needed military access to US-owned GPS to locate enemy positions in hilly areas of Kargil and Dras, but the request was turned down as Pakistan was an ally of the US since Cold War(The present situation is different). So, India decided to build its Positioning System: Indian Regional Navigational Satellite System (IRNSS).

The Indian Regional Navigation Satellite System (IRNSS) has an operational name of NAVIC (an acronym for NAVigation with Indian Constellation).

NAVIC is a regional satellite navigation system that provides accurate real-time positioning and timing services covering India and a region extending up to 1,500 km around it. There are currently 7 working satellites in the system.

In April 2010, it was reported that India plans to start launching satellites by the end of 2011, at a rate of one satellite every six months. This would have made NAVIC functional by 2015. But the program was delayed, and India also launched 3 new satellites to supplement this.

In 2016, the Atomic Clock of IRNSS-1A failed. So, it had to be replaced. The eighth satellite, IRNSS-1H, which was meant to replace IRNSS-1A, failed to deploy on 31 August 2017 as the heat shield failed to separate from the 4th stage of the rocket.IRNSS-1I was launched on 11 April 2018 to replace it. 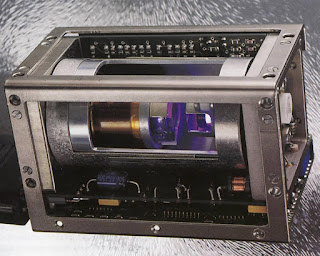 NAVIC will service to all users with a position accuracy up to 5 m whereas The GPS, has a position accuracy of 20–30 m. Unlike GPS which is dependent only on L-band, NAVIC has dual frequency (S and L bands). Low-frequency signal when travels through the atmosphere, its velocity changes due to atmospheric disturbances. So the US has developed an atmospheric model to assess frequency error and it has to update this model from time to time to assess the exact error. In NAVIC, the actual delay is assessed by measuring the difference in delay of dual frequency (S and L bands). Therefore, NavIC is not dependent on any model to find the frequency error and is more accurate than GPS.

Some applications of IRNSS are:

The global wireless communications standards body 3GPP has accepted the interface specifications of NavIC. With this permission, NaVIC can be integrated into devices like smartphones and tablets. The announcement gives a big boost to India's mobile telecom industry while also encouraging the use of NavIC throughout the Asia-Pacific region.

Smartphones and cellular internet-of-things (IoT) devices that use location information will begin to use the NavIC system in contrast to the current usage of the American GPS. This will bring NavIC technology to the mass market for use in 4G, 5G and Internet of Things (IoT).

It also means that Indian companies and startups have an opportunity to design ICs and products based on NavIC. The potential market for these chipsets and products can be large as it can be exported to other countries as well. This will produce a significant increase in NavIC usage and the uptake of NavIC enabled services and applications throughout India.

In a bid to improve location services in the region, Qualcomm has officially announced support for IRNSS in select chipsets across the company's upcoming portfolio. This initiative, which was undertaken in collaboration with the Indian Space Research Organization.

According to Qualcomm, support for NavIC will be made available in select Qualcomm Technologies' chipset platforms starting November 2019, with commercial devices expected to hit the market in the first half of 2020. Upcoming Snapdragon 7-series and 6-series chipsets are also expected to come to NavIC.


NOTE: The views expressed here are those of the author's and not necessarily represent or reflect the views of DOT Club as a whole
By Debesh Prasad Das - December 22, 2019