BITCOIN-THE NEXT BIG THING IN FINTECH

Digital asset designed to work as a medium of exchange that uses strong cryptography to secure financial transactions and control the creation of additional units is called Crypto-Currency. 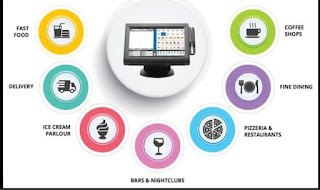 
Block-Chain Technology:
The bitcoin blockchain is a public ledger that records bitcoin transactions. It is implemented as a chain of blocks, each block containing a hash of the previous block up to the genesis block of the chain.

Network nodes can validate, add them to their copy of their ledger, and then broadcast these ledger additions to other nodes.

In about every 10 minutes a new group of accepted transactions, called a block is created, added to the blockchain and quickly published to all nodes, without requiring central oversight. This allows bitcoin software to determine when a particular bitcoin was spent, essential to prevent double-spending.

Mining is a record-keeping service done through the use of computer processing power. Miners keep the blockchain consistent, complete and unalterable by repeatedly grouping newly broadcast transactions into a block, which is then broadcasted to the network and verified by the recipient nodes.

Early bitcoin miners used GPU’s for mining as they were better suited to the proof-of-work algorithm than CPU’s.

Later amateurs mined bitcoin with specialized FGPA and ASIC chips. The chips have become obsolete due to increasing difficulty. 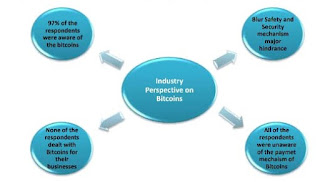 
Computing power is often bundled together or “pooled” to reduce variance in miner income. In a pool, all participating miners get paid every time a participating server solves a block. This payment depends upon the amount of work an individual has contributed to help find that block.

·     POS Technology.
Wallets: A Wallet stores information to transact bitcoins. More specifically, a wallet stores the digital credentials for the client's bitcoin holdings and allows one to access them.
Bitcoin uses Public-key cryptography, in which one public and one private key are generated for the wallet to operate.

Modes of Wallet Operation :
1.  Full Clients: Verify transactions directly by downloading a full copy of the blockchain. These are the most secure and reliable way of using the network. Full clients check the validity of mined blocks, preventing them from transacting on a chain that breaks or alters network rules.
2. Lightweight Clients: Consults full clients to send and receive transactions without requiring a local copy of the entire blockchain.Much faster to set-up and allows them to be used on low power, low bandwidth devices such as smartphones.

EX:- In 2013 a user claimed to have lost 7500 bitcoins worth $7.5 million at the time when he accidentally discarded a hard drive containing his private key.
EX:- In December 2017, around 980,000 bitcoins have been stolen from cryptocurrency exchanges.

Bitcoins are mainly used in bitcoin exchanges, venture capital by payment service providers . Industries using Bitcoin as a mode of monetary transaction are


Companies like Microsoft has added bitcoin to its list of payment methods back in 2014.This made shoppers possible to pay using bitcoin money to buy videos, games, apps and other services offered by the company.
Also, bitcoin reduces transaction costs significantly, meaning more money goes to charity organisations.

NOTE: The views expressed here are those of the author's and not necessarily represent or reflect the views of DOT Club as a whole
By DoT Club - October 31, 2019