Modular Smartphones – The End As We Know It?

A modular smartphone is a cell phone that can be upgraded or customized through the attachment or replacement of discrete components called modules. This aims to reduce electronic waste, lower repair costs and increase user affordability and flexibility. These are packaged in easy-to-remove modules which can be replaced as needed without having to rework the soldering. Components could be obtained from the open-source hardware stores. 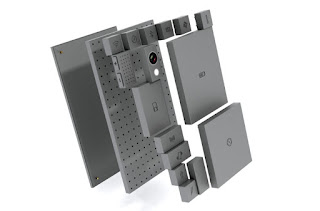 The earlier desktops used the tower cases where one can easily swap or upgrade components like Graphics cards, Hard-disks, Processors etc. to further customise the systems to enhance the computing and the processing speeds. Among the earlier mobile devices, the Handspring VisorPDA had a Springboard Expansion Slot which could give it the capabilities such as a phone, GPS, a modem, or a camera - but only one at a time.

The first of its kind to seek the limelight was Phonebloks – the first commercially released modular handheld device. Then many of the computing giants has been working on the Modular smartphones concept including LG, Motorola and Google.

Developments in the category

Last year LG dropped the jaws of all the tech-savvies when they announced the concept of LG G5 – the first modular smartphone of its range. The Modules available ranged from LG 360 VR- a VR goggle, LG 360 CAM, LG Rolling Bot-a companion device that rolls like a ball while capturing images and videos with its embedded 8MP camera, H3 by B&O PLAY- a set of high-end earphones, LG Smart Controller- device that allows users to easily control certain drones. There are many such modules which can be used to extend the functionality of the device with additional customization.

Motorola has also been working on a similar project Moto Z and is expected to be released this year. But perhaps the most discussed among all the developments going across the globe in this category is that of Project Ara- The project under development by Google. The project was originally headed by the Advanced Technology and Projects team within Motorola Mobility while it was a Google subsidiary. Google retained the ATAP group when selling Motorola to Lenovo, and it was placed under the stewardship of the Android; Ara was later split off as an independent operation. 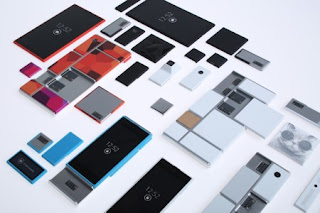 Project Ara was intended to consist of hardware modules providing common smartphone components, such as processors, displays, batteries, and cameras, as well as modules providing more specialized components, and "frames" that these modules were to be attached to. This design would allow a device to be upgraded over time with new capabilities and upgraded specifications without requiring the purchase of an entire new device, providing a longer lifecycle for the device and potentially reducing electronic waste.

But to everyone’s surprise, Google pulled the plug on Project Ara funding. On September 2, 2016, Google announced that Project Ara had been officially cancelled in an effort to "streamline the company's hardware efforts.” The Project had already been delayed in the past in its 2005 commercialization deadline. Earlier this year, the project was again delayed to 2017. Additionally, the Ara team had announced that Ara would pivot from fully modular to having a fixed CPU, GPU, antennas, sensors, battery, and display. After that announcement, Ara was watered down so much it barely had a reason to exist. Finally on September 2, Google decided to Kill Project Ara.

The quote about "streamlining the company's hardware efforts" points to Google's new hardware division as being behind the change in strategy. The division, with former Motorola President Rick Osterloh at the helm, has been tasked with combining Google's hardware efforts into a single portfolio.

LG has also similar future plans for G5 as G5 failed to impress its customers. Experts suspect that these instances may discourage the other developers from further working on it. The modular smartphone concept seems to be fading slowly, with the Lenovo owned Motorola being the only one still in the market. A new module for Motorola’s Moto Z smartphone was announced last week, by Hasselblad, but that also seems quite expensive.

The development of Modular smartphones is challenge in itself. Developing such devices is particularly challenging, because of issues with size, performance and price.
Here are the top seven reasons why it's so difficult to develop smartphones that let users swap out the processor, camera and storage options:
Architecture

The biggest technical challenge to building a modular smartphone is the underlying architecture, the structural frame and data backbone of the device, which makes it possible for all the modules to communicate with each other. It has to be so efficient that the overall performance doesn't take a hit and still be cheap and frugal with power consumption.
Durability

Last year, the Project Ara team posted and then retracted a Twitter message that a prototype had failed a drop test. But it's clear that keeping the modules in place is a challenge. In the message that wasn't retracted, Project Ara said it's developing a new and better solution. It also remains to be seen how the modules and connectors will be able to handle the wear-and-tear of long-term daily use.
Form factor

While modular design gives users more flexibility it also comes with several drawbacks. Smartphones have become more svelte thanks to tighter integration between components, so the addition of chassis that needs to be quite sturdy adds to the overall size and weight. Vendors have to find the best possible balance between durability and size, which won't be easy.
However, the size likely won't be a deal breaker. Recent flagship smartphones from the likes of LG Electronics, Motorola Mobility and HTC aren't very light or small for their respective screen sizes and they still leave little to be desired.
Battery life

The communication between the modules uses more power than in a traditional smartphone. What the eventual power tax will be remains to be seen. It was one of the main challenge of Ara team.
Testing

The testing part of the development process is more complicated and time-consuming for modular phones. Instead of having to ensure that one hardware configuration works, vendors have to make sure that all permutations work equally well.
Price

A more complicated development process and less product integration will have an effect on pricing, as well. The Project Ara FAQ states that it’s much too early to tell what phones will cost, but the bill-of-materials cost of a basic, entry-level Ara device is in the $50 to $100 range. The smartphone market has become very price competitive, so if modular smartphones are to succeed, the extra cost for manufacturing them has to be as small as possible.
Do consumers want one?

Spending money on developing modular smartphones is at the end of the day very brave since there are no guarantees they will succeed technically or commercially. There will always be tech enthusiasts who will buy them. But those customers aren't enough to make them financially viable in the long term, and convincing the large group of consumers who simply want a smartphone that just works will be very challenging. 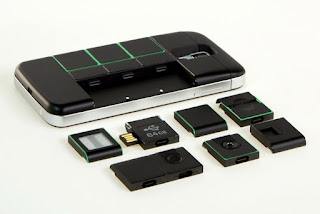 Future of Modulations – Revolution or Doomed?

After the death of Project Ara, the future of the Modular phone category hangs on the line.

Reuters says that while "Google will not be releasing the phone itself," licensing the technology to third parties is still an option. Will anyone dare to pick up the modular smartphone torch when even Google has failed?

But the market is promising. A fair vision and estimate tells us that in 2017 the number of Android users who will opt for a modular smartphone will be 10% and around 30% in 2018, which is roughly equals to 140 million and 450 million respectively. After 2018 the new market factors are expected to sprout. This will further drive the demand for various categories of modules. The forecast is getting more complex, still it remains intriguing.

Recently, a research on the smartphone market was conducted by a respected research and analysis company IDC.  According to IDC, due to high speculations and buzz on the web, it is likely that many Indians will think of grabbing one for themselves. But, the chances of it creating heat waves isn’t likely because the concept of the modulation and customization is entirely new and people treat new concepts with caution. They would probably expect their highly tech savvy friends to get one, and later buy one for themselves depending on their experience. Going down on these, we concluded that only around 2% of the Android users in India would lay their hands on the modular phone in the first year.
It will be interesting to see how the modular phones will fair in the current market.

NOTE: The views expressed here are those of the author's and do not necessarily represent or reflect the views of DoT as a whole.